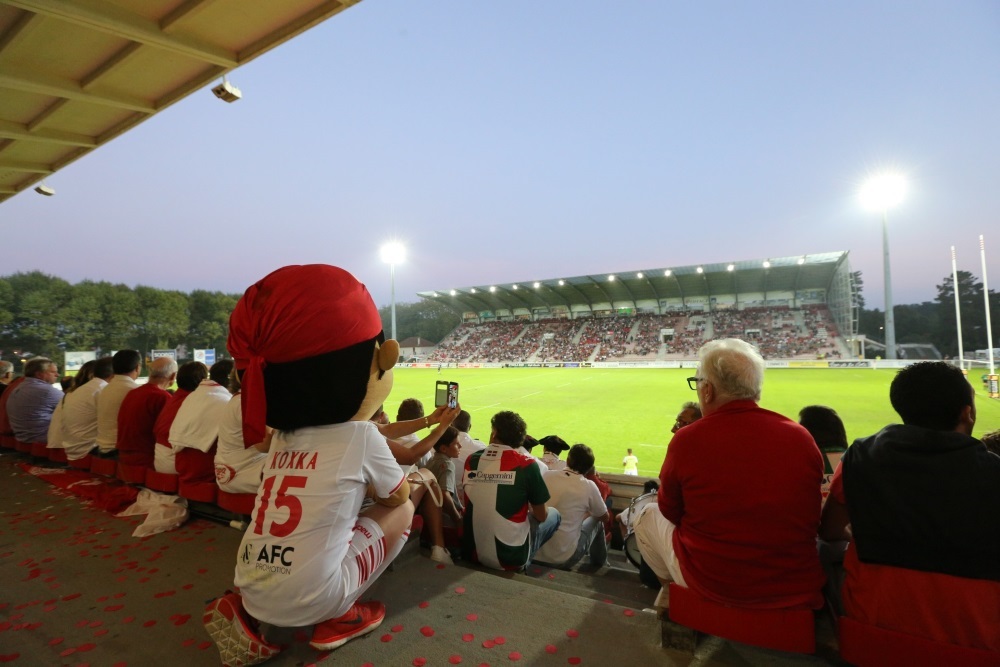 From 2015 : BOPB New Version, It's a new start for the club "BOPB" is a professional club of rugby, historical, evolving in the championship of France of Rugby.

"BOPB" is well known both nationally and internationally.

In order to meet its ambitions, "BOPB" is pursuing a project of sports, economic and social development.

A page turns for Biarritz Olympique but obviously, a new chapter remains to write for the red and white because the Basque Country is land of rugby and here one does not joke with the ovalie.

Even shop windows are in the colors of their teams! At Aguilera stadium, spectacle and atmosphere guaranteed to make us go up the red to the cheeks.

As for the third half, it is played around the numerous zincs of the city, where we make and redo the match, we argue and conjecture endless.

All the information that will help you to better know one of the sports kings of the Basque Country.

Sale of match tickets at the official BOPB at the Stade d'Aguiléra Biarritz, as well as on the online ticketing website.